Gurkha channel is the sister company of Gurkha TV and the first 24-hour Nepali channel operating from the international capital of the world,London, United Kingdom. Gurkha Channels believes in honesty, respect, and unity. We belong to the land of Lord Buddha, Mt. Everest, and gallant people who sacrifice their lives for peace and humanity. Therefore, in this world of globalization, it is our effort to bring all Nepalese from around the world together and make one family: one Nation. 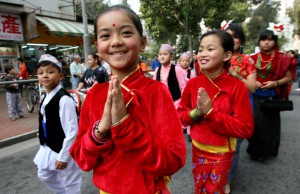 The main objective of Gurkha channel is to promote and spread Nepali media, culture and language locally, regionally, nationally and globally by entertaining and updating the news from around the world to Nepali community. Gurkha Channel envisions being the bridge through which Nepalese living abroad will connect to their language and rich cultural heritage.

Did you added your own Google API key? Look at the help.

Check in YouTube if the id UCmgddpXs_VX-GlRLJY6BRaQ belongs to a channelid. Check the FAQ of the plugin or send error messages to support.